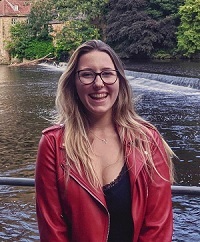 Member of the Durham Law School

Sophia is a Part-time Tutor of Trusts Law and Master of Jurisprudence candidate, having received the MJur studentship award from Durham Law School. She graduated with a first class honours degree in Law (LLB) from Durham University and was awarded the Hefin Rees QC prize for attaining the highest mark in her cohort for Media Law. She is a Harmsworth Scholar from The Honourable Society of the Middle Temple and remains an active member of the Inn.

Sophia’s thesis seeks to critically evaluate the current law governing trusts of the family home and its application to ownership disputes between former cohabitants. Her research focuses on the use of judicial discretion in this context and the extent to which it can be deployed when the courts are inferring or imputing intentions to the parties concerned. This research will involve drawing upon recent academic scholarship to critique the existing law and evaluate contemporary criticism of the process of ‘familialisation’ of property law. Sophia will explore how the judiciary could continue to shape this familialisation process and advocate for further judicial development of the law so as to protect economically vulnerable cohabiting parties. Sophia is supervised by Dr Andy Hayward (Primary) and Mr Chris Bevan (Secondary).