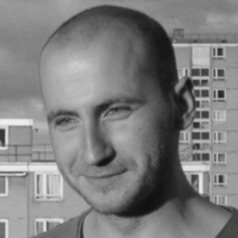 Assistant Professor in the Department of Anthropology

My research is broadly focussed on the ways in people seek to live well in the lives in which they find themselves, and how they work to shape themselves to fit the ideals and constraints they live by and with. In particular, I am interested in how ethical and moral ideals inform political projects and practices.

My first book (After Difference, 2018) examined queer activism in Italy, and the ways in which pursuing the virtue of 'difference' animates much of such activism. It describes both the work involved in cultivating 'difference' as a value, and the resulting complications and tensions in relation to broader Italian society and within the activist movement itself.

My second book, currently in preparation, is an ethnography of Predappio the village in northern Italy in which Mussolini was born and is buried, and which for that reason is Italy’s premier site of neo-fascist tourism. My interest here is in how the inhabitants of this village learn to live in the shadow of this difficult heritage by self-consciously pursuing the value of 'ordinariness'. But this is no ordinary 'ordinariness' : it is a concrete value that requires work and cultivation to realise. People in Predappio, knowing just how extraordinary they and their home appear to the wider world, put a great deal of conscious effort into appearing instead to be as ordinary as possible. This book will examine how this pursuit of the ordinary as an antidote to the ghost of Mussolini permeates a range of dimensions of social life, from ritual through to kinship and local politics.