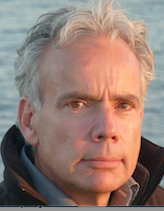 ORCID profile
Research Associate in the Department of Archaeology

I completed my PhD in 2018 at the University of Liverpool on the Great Orme Bronze Age copper in Wales, one the largest in Europe. By characterising the ores and metals it was possible, for the first time, to trace the mine’s metal across Britain and into Europe indicating large-scale production and a copper boom in Britain around 1600 BC. A long-standing research interest in Bronze Age tin and long distance trade networks developed the Leverhulme funded Project Ancient Tin: Did British tin sources and trade make Bronze Age Europe? led by Ben Roberts and which started in March 2020.

I originally graduated with a BSc (Hons) degree in Mining Geology, from the Royal School of Mines at Imperial College London. After working in metal mining and exploration (Cornish tin mining, Canadian gold and Swedish uranium exploration) I had a long research career with the international glass company, Pilkington (now NSG). I was chief geologist and head of the Raw Materials and Glass Compositions Department at the Pilkington European Research Centre. I was responsible for global sourcing and development of glass-making raw materials in over 20 countries and researching new glass compositions. In addition, I managed extensive laboratory research facilities (for glass melting and petrography) and produced numerous confidential internal research reports. I took early retirement in 2012 to apply my expertise in geochemistry, ore geology, mineralogy, ceramics and pyrotechnology to outstanding archaeological challenges in the field of prehistoric metal mining and smelting. This has been supported by my long-standing interests in historic metal mining and archaeology and I have published two books and several articles on copper, lead and silver mining in Wales and Ireland.