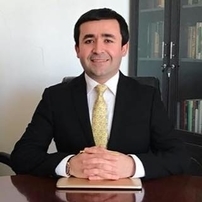 Mr Irfan Azeez Azeez joined the School of Government and International Affairs (SGIA) in January 2018. He is the al-Sabah doctoral fellow and part of an interdisciplinary research team, acting as a key contributor to the Arts and Humanities Research Council (AHRC)’s Open World Research Initiative (OWRI). In his doctoral research, Mr Azeez investigates how IS has shaped Kurdistan Region of Iraq (KRI)-Turkey relations and KRI-Iran relations. More broadly, the research aims to deepen the understanding of the role of non-state actors in the Middle Eastern region. Prior to his doctoral degree, Mr Azeez completed a Master of Law at Kingston University in Arbitration Law and Alternative Dispute Resolution. Mr Irfan is also political analyst. He grew up in the Iranian and Iraqi parts of Kurdistan during the period when the Kurds were being persecuted by the Iraqi regime.