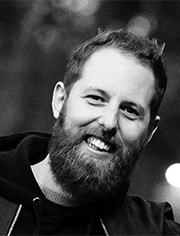 My research interests are focused on continental scale ice sheet modelling, with a particular focus on ice sheet evolution throughout the Late Holocene to present-day. This includes the initiation and eventual collapse of a number of northern hemisphere ice sheets such as the Laurentide, Fennoscandian and British Ice Sheets, alongside the more recent fluctuations in the volume and extent of the Greenland ice sheet, such as those during the Medieval Warm Period (MWP) and Little Ice Age (LIA). I am also interested in how recent variations in the Greenland Ice Sheet can act as an analogue for future change, providing a potential indication of how ice sheets will retreat in the near future. To this end my PhD focused on modelling the ice sheet dynamics of the past 1000 years, and how the Greenland Ice Sheet varied in terms of volume, extent, and mass balance.

Most recently, I have developed an interest in the use of emulators as model surrogates. The use of emulators allows model output to be determined much more rapidly than conventional approaches. I am currently using emulator methods to rapidly develop parameter schemes without the need for large numbers of high resolution model runs, allowing thousands of potential parameter combinations in ice sheet models to be tested in fraction of the time required by traditional approaches.

I have a strong interest in the technical aspects and dynamics of current generation ice sheet models, including how variations in the complexity of these models ultimately effect the resultant output. In particular the use of parameterisation schemes within models, and how these values influence model physics. As a result, a major aspect of my research is the evaluation how models perform under a variety of conditions, ranging from the effect of different forcing components, to the influence of different parameter values, both spatially and temporally. As part of this, I have completed a number of in-depth evaluations of climate models, identifying which models successfully simulate climatic conditions of the last millennium over the Greenland Ice Sheet when compared with observations.

My current work utilises the BISICLES ice sheet model to simulate the ice dynamics of the North East Greenland Ice Stream from the LGM to present, This work, as part of the NEGIS project at Durham University, focuses on setting up the BISICLES model to accurately reflect the ice dynamics of the NEGIS, before utilising a variety of constraints collected on research cruises to constrain model output to reflect observations. This project will ultimately provide a spatially and temporally robust understanding of the evolution of the NEGIS since the LGM, and potentially how the ice stream is likely to vary in the future.