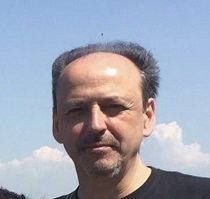 Professor in the Department of Classics and Ancient History
Telephone: +44 (0) 191 33 45499
Room number: 204a 38 North Bailey
Member in the Institute of Medieval and Early Modern Studies

A native of Belfast, I gained my BA (1987) and PhD (1993) in Classics at Sidney Sussex college, Cambridge, and - after a brief stint there as Junior Research Fellow and Director of Studies in Classics (1992-94) - I joined the Department of Classics & Ancient History at the University of Manchester in 1994, becoming Professor of Latin in 2004. On 1 September 2018 I joined the Dept. of Classics & Ancient History at Durham as Professor of Classics.

As part of my AHRC Ancient Letter Collections project, I am happy to offer talks to schools on aspects of ancient letters and letter collections, includng Cicero and Pliny.