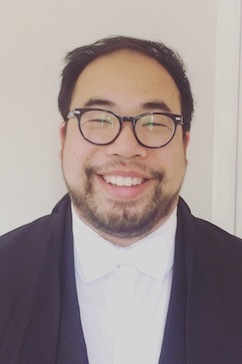 PhD student in the Department of Theology and Religion

My academic career began with humble beginnings as I gained a Diploma in Ministry at Hillsong International Leadership College in Sydney, Australia with a focus in Worship Ministry and Music. I then completed my Bachelor's of Contemporary Ministry (equivalent to a BTh) at Alphacrucis College with a specialisation in Biblical Studies in 2010. After that, from 2011-2013 I had the incredible opportunity to work with Prof. James R. Harrison and Dr. Mark Stevens at what was then Wesley Institute (now Excelsia College), working on a thesis entitled "Inside the Households of First-Century Ephesus: A Study of the Epistle to the Ephesians in Light of Documentary and Iconographic Evidence."

From 2015-2017 I read for an MPhil in Theology (New Testament) at the University of Oxford. I have the immense privilege of working with Prof. Markus Bockmuehl and Prof. Jenn Strawbridge on a dissertation entitled, "Paul's 'Somatic Rhetoric' in 1-2 Corinthians and Ancient Visual Appearance" for which I received a Distinction. While at Oxford I specialised in Judaism 200 BCE - 200 CE, specifically in the areas of the Dead Sea Scrolls, Philo, and Josephus.

In 2017 I joined the University of Durham as a recipient of a Durham Doctoral Studentship for my research project, working alongside Dr. Jane Heath and Dr. Jan Dochhorn.

The Disabled Apostle: Paul and Disability in the New Testament

My project examines Paul's body through a socio-cultural model of disability, examining first the various ways in which Paul was physically impaired as well as the social and cultural ramifications of his impairments. Understanding the way Paul was disabled affects our interpretation of key aspects of the Pauline corpus where his disability arises. This study will contribute both the further analysis of disability in the New Testament and early Christianity but also to the fruitful theological dialogue surrounding disability and contemporary Christianity.