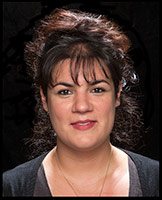 My research focuses on Early Medieval Europe with a particular interest in funerary practices and landscapes. I undertook my research training at the University Pantheon-Sorbonne Paris 1, working on funerary archaeology and commemoration in the north-east of England. My PhD thesis explored the landscapes and identities of communities in North-East England and South-East Scotland between the 5th-8th centuries AD. The project was based on the premise that natural and human-altered landscapes can hold symbolic meaning for their surrounding communities. It also led me to discuss the role of sculpture in the construction of a cultural landscape. The thesis explored how people signalled their identity and their connection to places through funerary practices and the use of their surroundings, and how these transformations can be linked to social and political changes in this region. The region studied offered an example of a landscape that was highly contested between the 5th-8th centuries, undergoing deep political and social changes including the expansion of the kingdom of Northumbria and the spread of Christianity.

I am currently a PDRA in the Worked in Stone project, based in the Archaeology Department at Durham University. With funding in 2018 from the Arts and Humanities Research Council, the Corpus of Anglo-Saxon Stone Sculpture has entered its final phase with ‘Worked in Stone’ that will see the entire project brought to completion and released online with the help of the ADS. I jointed Worked in Stone at Durham in February 2018. As the part-time post-doctoral researcher for this project, it is my responsibility to facilitate the digital release of the archived photographic images and catalogues collected throughout the project’s history. The team in Durham is hoping to bring to fruition an on-line resource for academics and scholars that can also act as a research aid for local interest groups and students.