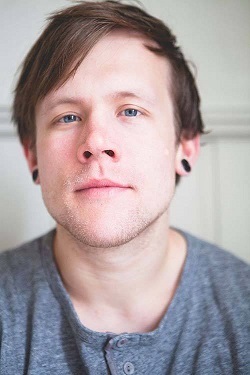 I enrolled at NTNU (Norwegian University of Science and Technology) in 2009 and finished my Master's in 2014.

The topic of my bachelor's degree was Martin Heidegger as a political thinker (based mainly on Sein und Zeit), in which I argued that although Heidegger's own political interpretation of his ontology led him to nazism, this interpretation should not dictate other attempt at operationalizing his ontology for political means. As such, I made the hermenutical point that the author of a work is like any spectator in interpreting this work and thus has no special authority.

My Master's degree was about the topic 'systematically distorted communication' that we find in some of Jürgen Habermas' earlier works (in particular an article from 1970 and Erkenntis und Interesse, his undervalued masterpeice), in relation to Slavoj Žižek's ideology critique. I asked whether there is an untapped potential in Habermas' earlier works -- in which he deals with Freud and ideology -- that undermines Habermas' later idea of how the lebenswelt is taken over by the system -- in short how instrumental reason undermines communcative action in a way that is imperceptible. This later definition of systematically distorted communication lacks something that a Freudian analysis (abandoned by Habermas whom 'sublated' it to a sociological problem in Theori des Komminkativen Handelns I and II) could have provided: an explanation of the mechanisms that underlie these (ideological) distortions. Žižek's model was employed to show how another conception of language -- less idealised one could say -- renders ideology more perceptible but has the cost of admitting that language is always distorted and that the ideal speech situation (both a regulative and constitutive ideal for Habermas) is not a sine qua non for communication, and that no ideology critique is possible without a Freudian conception of repression.

I am currently working on a project in which I try to map the relationship between biology and philosophy, more specifically looking at what is called the Extended Evolutionary Synthesis (EES) in relation to the works of four philosophers -- Catherine Malabou, Slavoj Žižek, Donna Haraway, and Bernard Stiegler -- to see if there is enough overlap between them to justify talking about some sort of consilience. This term was applied by E.O. Wilson to argue for the adaption of biological method within the humanities but my emphasis is not on how the humanities could become the handmaiden of the 'hard' sciences (which is implied in Wilson's model) but how they can anticipate, complement, and criticise science, without any implicit inferiority.

A good example is niche construction theory (NCT): it is obvious that the authors behind this theory has borrowed from other disciplines and that one of the main advantages that they see in NCT is that it open biology up to insights from other disciplines -- something the Modern Synthesis, with its emphasis on chance events (genetic mutatations) as the main (if not sole) driver of evolution could not do. As such, it shows a way out of the quagmire biology is in -- due to its insulation.

I seek to expand on this opening to judge whether the mentioned philosopher's live up to the challenge put forward by the EES or not. It is possible that their readings are too reductive or narrow -- and provide us only with a false starts -- but we might also find that they open up new research avenues and can be used as a corrective to the prevailing biological narrative and thus converge on the EES.