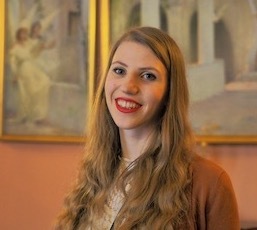 My research examines snapshot photographs as a means of exploring processes of self-representation in the interwar Soviet Union. I approach the camera as an instrument of self-fashioning and story-telling, conceptualising snapshot photography as a representational mode embedded with meanings relating to how people define and enact the self.

Working in conjunction with the Centre for Visual Arts and Culture, my research adopts an interdisciplinary methodology, informed by a theoretical literature on snapshot photography and visual analysis. Drawing upon visual culture methodologies, the thesis will frame the photographic sources within their wider cultural networks, examining state journals, pamphlets, canvas art, film and political art, in order to ultimately examine the reception of shifting Soviet conceptions of ideal personhood. The study of snapshot photographs offers a channel through which to explore the diverse ways that Soviet people sought to represent themselves and their role in society, teasing out the various multifaceted and nuanced ways that individuals understood the notion of a ‘good’ Soviet citizen.

'Ideology, identity, and the snapshot camera: Representing the self in the interwar Soviet Union', Durham-Münster Workshop, 1-2 November 2019, WWU Münster