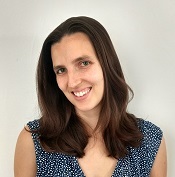 Erin Johnson-Williams is a Leverhulme Early Career Fellow in the Department of Music. Her research focuses on decolonisation, the imperial legacies of music education, trauma studies, gender and maternity, hymns and race, and soundscapes of colonial violence. Erin’s current Leverhulme project, entitled 'Audible Incarceration: Singing Communal Religion in Colonial Concentration Camps', examines the role of singing, religious experience and trauma in spaces of colonial incarceration, with particular focus on the concentration camps of the South African War.

Erin received her PhD from Yale University in 2015, which examined the role of empire and authority in constructions of musical education in late nineteenth-century Britain. Her doctoral dissertation was awarded the Walter L. Arnstein Award for Outstanding Scholarship in Interdisciplinary Victorian Studies by the Midwest Victorian Studies Association. Prior to working at Durham, Erin was a lecturer at Trinity Laban Conservatoire of Music and Dance in London, and was also a Visiting Research Associate to the ERC-funded project ‘Music in London 1800-1851’ at King’s College London. She is currently working on several publication projects, including co-editing the Oxford Handbook of Music Colonialism (forthcoming: OUP, 2024) and the interdisciplinary volume Intersectional Encounters in the Nineteenth-Century Archive: New Essays on Power and Discourse (forthcoming: Bloomsbury, 2022), and preparing a monograph on soundscapes of violence in spaces of colonial incarceration.

At Durham, Erin is a member of the Advisory Board and Head of Postgraduates for the Centre for Nineteenth-Century Studies. She is actively involved in pursuing initiatives towards Equality, Diversity and Inclusion in and beyond music studies, serving on the Music Department’s EDI Committee, Athena Swan Working Group and Decolonisation Working Group. In 2020 Erin founded the Department's Music and Decolonisation Reading Group, which she convenes on a monthly basis.