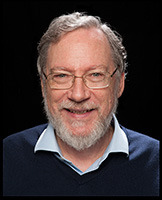 ORCID profile
Professor Emeritus in the Department of Archaeology