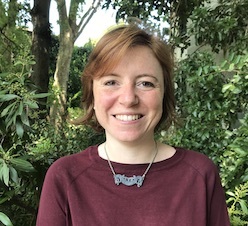 My research and teaching engage with the intercultural and transnational dimensions of Italian literature and language from the nineteenth century to the present. I am particularly interested in exploring how literature relates to notions of temporality, spatiality, and identity. One strand of my work focuses on forms of reception and translation of Greek and Latin classics in Italian culture, seen in a comparative European and North American perspective; a second looks at representations of origins and (un)rootedness in national, transnational and migrant writing in Italian. The overarching aim is to explore how modern and contemporary literary cultures shape representations of the past, both remote and recent, in order to build narratives for the present.

My monograph, Sappho and Catullus in Twentieth-Century Italian and North American Poetry (Bloomsbury Academic: 2021), studies the interwoven reception of the archaic Greek poet Sappho and her first Latin translator, Catullus, in literary culture from the 1900s to the present. Through its comparative approach, the book shows that the two ancient poets function as catalysts of major modernist and postmodernist poetics across Italian and North American literatures. It also reveals the key role of classical models in helping to define ideas of origins, sexuality, gender and national identities. I employ translation and reception theories as well as textual analyses, considering several unpublished documents, which I found during archival research. I published some of these findings in my article ‘Pascoli and Sappho: Two Unpublished Manuscripts’ (Filologia italiana, 2013). The essay includes the edition and analysis of over thirty autograph translations and poetic rewritings of Sappho by Pascoli. Recently, I contributed an essay on the European reception of Sappho for the forthcoming Cambridge Companion to Sappho, and with a colleague at Oxford I co-edited a volume of essays on Echoing Voices in Italian Literature: Tradition and Translation in the 20th Century (New Castle: Cambridge Scholars, 2018).

I am currently developing a new project which investigates representations of origins by considering the image of roots – a powerful symbol of beginning and belonging across cultures. It focuses on the uses and refutations of conceptual metaphors of origins as roots in autobiographical and historical fiction in Italian, from 1990 to 2016, by national, transnational, and migrant writers. Combining cognitive theories with a memory studies approach, the analysis aims to shed light on how competing conceptual models of origins structure representations of time, space, memory and self in contemporary writing.

I am also very much invested in the scholarship of teaching and learning modern languages. My research in this field focuses on transnational and intercultural approaches to teaching Italian, including the uses of non-native literature in language classes; the development and role of creativity, as well as issues of diversity and inclusion in higher education. I am an active member of the Teaching and Learning Reading Group at Durham University.

I hold an MA in Comparative Literature from King's College London and a DPhil in Medieval and Modern Languages from the University of Oxford, where I taught both literature and language before joining Durham University in 2017.