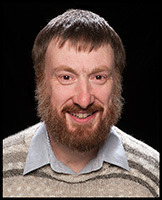 A major new Leverhulme Trust funded project based on work in this area started in 2020 with Martin Smith in Earth Sciences. A fizzle or a bang how fast was the Cambrian 'explosion'? transfers these methods to the Cambrian Period (540-485 million years ago).