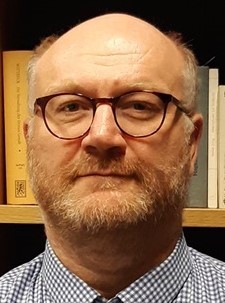 Professor Bohlander holds high international judicial office as the International Co-Investigating Judge in the Extraordinary Chambers in the Courts of Cambodia (ECCC), having been on leave from Durham and serving as a full-time judge at the Court in Phnom Penh from 2015 - 2019, during which period he oversaw - together with his Cambodian colleague - the completion of all remaining investigations into members of the Khmer Rouge Regime (Cases 003, 004/1, 004/2 and 004), and again since April 2020 after his re-instatement in the post by United Nations Secretary-General António Guterres to deal with unexpected residual litigation in those cases.

He is also on the roster of international judges at the Kosovo Specialist Chambers (KSC) in The Hague, to which he was appointed in February 2017.

Prior to joining Durham University in 2004, he had been a judge for 13 years on civil and criminal pre-trial, trial and appellate dockets in the courts of the East German Free State of Thuringia, including the State Supreme Court at Jena. From 1999 until 2001, he was on leave from the Thuringian judiciary and served as the senior legal officer of a Trial Chamber at the International Criminal Tribunal for the Former Yugoslavia in The Hague.

He gained first-hand experience in the law and practice of other national jurisdictions: From 1989 to 1990 as a barrister’s pupil in Exeter, and in 1996 a judicial visitor at a Juzgado de Primera Instancia e Instrucción in Spain, both mainly in criminal matters.

He has broad practical experience in matters of transitional justice and institution building in several legal systems. As a criminal and civil judge from the early days of post-unification East Germany, he dealt with regime crime, the cassation of politically motivated convictions by the courts of the former German Democratic Republic (GDR), the rehabilitation of persons convicted for political reasons, and the restitution of property confiscated by the GDR regime to the rightful owners. He helped train the judges of the Iraqi High Tribunal which tried Saddam Hussein, as well as other Iraqi judges and prosecutors. He has been active in judicial training and advising governments since 2001 (Cambodia, Egypt, Georgia, Kosovo, Kurdistan/Iraq, Tunisia), among others at the request of the International Bar Association, the OSCE, the United Nations, the Kurdistan Regional Government, the Cambodian Court of Appeal and the German Foundation for International Legal Cooperation. As a member of that Foundation he initiated the establishment of training and institutional support links with the Court of Appeal and the Ministry of Justice of the Kingdom of Cambodia.

Professor Bohlander's extensive published research on German, English, comparative and international criminal law has found wide reception, including outside academia. His publications have been cited over 75 times by and before courts and authorities in several domestic and international jurisdictions, including the Constitutional Courts of Germany and Colombia, the Federal Court of Justice and several State Supreme Courts in Germany, the Court of Criminal Appeals of Texas, the Supreme Court of the Australian Capital Territory, the Supreme Court of Kosovo, the International Criminal Court, the Residual Mechanism for International Criminal Tribunals, the criminal tribunals for Yugoslavia, Sierra Leone, Lebanon, Rwanda and Cambodia, the Law Reform Commissions in Ireland, Scotland, Australia and New Zealand, and the Federal German Parliament.

He was instructed to act as an expert in German criminal law by the UK General Medical Council (2013) and by the Criminal Court of Appeal at Leeuwarden in the Netherlands (2011).

He has spoken at numerous conferences, seminars and training events in the UK and abroad, including in Armenia, Cambodia, Canada, China, Croatia, Egypt, Georgia, Germany, Iraq/Kurdistan, Italy, Japan, Kazakhstan, Kosovo, Kuwait, Lebanon, the Netherlands, Spain, Sweden, Turkey, the United Arab Emirates, the United States (including the Military Academy at West Point), Tanzania (at the former International Criminal Tribunal for Rwanda in Arusha) and Tunisia.

From 2010 until 2014, he held the Visiting Chair in Criminal Law at the Rijksuniversiteit Groningen in the Netherlands.

Professor Bohlander holds a continuing interest in the conversation with colleagues in the MENA region and Asia. In 2012, he was the first non-Muslim visiting scholar ever to teach at the Faculty of Law of Al-Azhar University in Cairo. He has been an external assessor for professorial promotions at the University of Malaya’s Department of Syariah and Law since 2015.

He holds the First and Second German State Examinations in Law from the Ministry of Justice of the Saarland (1986 and 1990) and obtained his doctorate in law from the Faculty of Law of the University of the Saarland in 1992, with a study on duty solicitor schemes in England/Wales and Scotland.

Professor Bohlander welcomes enquiries about postgraduate research supervision in his research areas. Students should familiarise themselves closely with the relevant programme requirements before contacting him for potential supervision requests with a detailed exposé addressing the criteria described at the following links:

Due to his judicial status at the ECCC and KSC, Professor Bohlander is not available for media comments related to cases and developments in international(ised) courts or tribunals.