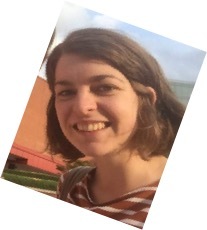 Between Church and Society: Anglican Formation of Christian and Civic Identity

My primary concern is with coherence of Christian ethical and political identity, and how this is formed - both within the Church (with a particular focus on the Church of England) and in society. In this I am seeking an understanding of Christian ethical identity that is robust enough to be consistent in the whole spectrum of public contexts of Church and nation. Through this, I also come to offer a theological account of civic identity - as constituted by participation and particular locally configured relationships of belonging.

My research project grew out of working as a parliamentary researcher (for an MP, and then for the Lords Spiritual) and in social policy. This work broadened my awareness of the continuum of ways in which Church, State, and citizenry come into contact and shape one another. Working in Westminster also gave me a cluster of questions around how we think theologically about our identities as both Christians and citizens and how these can be held together, as well as how these are formed, which I’m now exploring through my doctoral studies.

These theological questions took shape against the political backdrop of discussions of ‘British values’- discussions which I found to be dominated by thin and often zero-sum understandings of belonging and loyalty, and so gave rise to my desire to find richer resources for thinking about what it is to be a citizen.