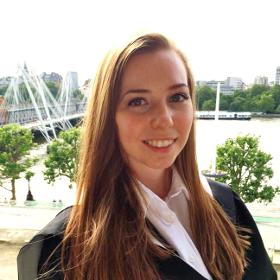 Between April-September 2019, Tara will be undertaking an AHRC-funded placement at the Council of Europe (Strasbourg), where she will be assisting in the mid-term review of their Children's Right Strategy.

Tara holds two LLM degrees with distinction (UCL and Ludwig Maximilian's University, Munich), and a BA in Jurisprudence with Law Studies in Europe (Germany) from the University of Oxford.

Her work as a research assistant to Professor Clare McGlynn involved an Impact Case Study on Image-Based Sexual Abuse, and projects relating to Sexual History Evidence and Sexual Harassment. She was also a research assistant to Professor Gavin Phillipson for chapters 18 (Freedom of Expression) and 19 (Freedom of Assembly) of Fenwick, Phillipson and Williams' Text, Cases and Materials on Public Law and Human Rights (4th edn, Routledge 2016).

Prior to commencing her PhD, Tara worked at the Council of Europe in the Department for Equality and Human Dignity. She has also worked and interned at several human rights NGOs and charitable trusts in London.

Tara's current research is funded by an Arts and Humanities Research Council (AHRC) Northern Bridge DTP studentship award. Her thesis challenges the legitimacy of pornography regulations in England & Wales, with particular regard to simulated adult pornography possession offences. The research aims to extend beyond a merely liberal defence of pornography, through exploring values within and understandings of sexuality, privacy, and cultural harm. It then seeks to analyse the possession offence through a human rights, and rights-philosophical, framework.