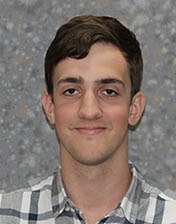 After achieving a first class degree in Physics (MPhys, Hons) from the University of Durham in 2016 and gaining experience working in the European Fusion Reference Laboratory here at Durham, I am working on an experimental PhD under the supervision of Professors Damian Hampshire and Ray Sharples. I am a member of the Department’s Superconductivity Group and the EPSRC Centre for Doctoral Training in the Science and Technology of Fusion Energy, based in York (http://www.fusion-cdt.ac.uk/). The Fusion CDT is an institution that pulls together world class expertise in the field of nuclear fusion, with an emphasis on research into designing fusion reactors for research and eventually, power generation. The CDT is a collaboration between 5 major UK universities: The University of York, University of Durham, University of Oxford, University of Liverpool and University of Manchester, as well as other key partners in the fusion sector such as the Culham Centre for Fusion Energy (CCFE), at which the Joint European Torus (JET) is housed.

In high field magnet systems such as those used for MCF, a superconductor is subjected to large Lorentz forces, due to the high magnetic fields and large currents that are present. If coated conductors are used, the Lorentz forces induce strains in the superconducting (RE)BaxCuyOz layer and the presence of strain (ε) causes the superconductor’s values of Bc2, TC and JC to change. The main focus of my work is to determine the mechanisms responsible for the strain dependence of JC in coated conductors, which will allow manufacturers to optimise their fabrication processes and engineers to improve their magnet designs. The scope of the work is summarised below.

Bending beams (springboards) are used to apply both compressive and tensile uniaxial strains to (RE)BaxCuyOz coated conductors along the direction of current flow (see below, left) [2]. We can apply strains ranging from -1.2% ≤ εxx ≤ 0.6%. The bending beam is attached to a bespoke probe which can be used in our world class, 15 T horizontal magnet system. Using the horizontal magnet system, we can investigate the angular dependence of JC. Critical currents are measured using a standard 4-terminal technique. We have also developed a variable temperature cup which can be used to measure JC for temperatures ranging from 4.2 K up to TC (~90 K).

Recently we developed a biaxial sample holder known as a ‘Crossboard’ (see below, right) which can be used to apply in-plane biaxial strains (along the x-and y-directions) to a (RE)BaxCuyOz coated conductor [3]. Some early results for the in-plane biaxial strain dependence of the critical current density (JC(εxx, εyy)) are discussed below.

It is well established that the uniaxial strain dependence of the critical current density JC(εx) is either parabolic or linear,depending on the coated conductor’s fabrication method (e.g. see bottom left). For coated conductors with parabolic relationships for JC(εxx), the peak in JC(εxx) may occur at a non-zero value of εxx. The standard explanation for the location of the peak is that it occurs at the applied strain where the (RE)BaxCuyOz layer has zero net uniaxial strain [4]. The position of the peak is influenced by the thermal strains that the (RE)BaxCuyOz layer is subjected to because of temperature changes during fabrication and cool-down. This is because the different layers within the coated conductors have different coefficients of thermal expansion.

[6] ­­Greenwood, J.R, Surrey, E. and Hampshire, D.P. The Biaxial Strain Dependence of JC on a (RE)BCO Coated Conductor at 77 K in Low Fields, IEEE Transactions on Applied Superconductivity, scheduled for 2019.