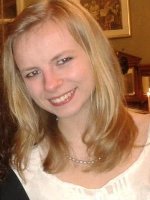 PhD Student in the Department of Theology and Religion

I have always been fascinated by the ways in which particular things, relations, and experiences become meaningful or significant to people – in other words, how people make sense of the world and the people around them. At the heart of this exploration, as I see it, is the question of how people emotionally relate to a sense of the Other, and in doing so, how they come to relate to themselves, their desires, their purpose, and their place in the world.

After exploring these questions across a number of different disciplines throughout my (refreshingly interdisciplinary!) Theology and Religion degree at Durham University (St. Chad’s College), I completed a Masters in the Psychology of Religion at Heythrop College, London. In October 2016, I returned to Durham to work with Professor Douglas Davies on my PhD.

My MA research focused on the emotion of nostalgia as it connects with a sense of spirituality and integration of self-identity in relation to mental health, as well as traditional Christmas Carol Service worship. Expanding upon this work, my doctoral research explores the dynamics of emotion, identity, meaning and memory in British celebrations of ‘Christmas’.

‘Christmas’ conjures up a rich tapestry of meaning in the British mind. Father Christmas; mince pies; snowy scenes; peace and goodwill; nativity plays; robins; carols; Christmas trees; candlelit churches. The cultural symbolic resources for the weaving of such tapestries abound, and are in fact almost inescapable in Britain at this time of year. They are plastered across billboards, shop fronts, and TV adverts; reinforced and cultivated by institutions of industry, public service and leisure; and physically adorned over and around both public and private spaces.

Though they may share similarly crafted resources, however, not one of these Christmas tapestries is ever identical. The various weavings are neither distinctively personal or cultural, nor distinctively religious or secular. Each consists of a unique pattern of carefully selected features, woven together intricately and often lovingly with personal memories and narratives. Retrieved and elaborated upon each year, I believe these familiar mental tapestries account for a conscious re-alignment and re-affirmation of self-identity; and one which constitutes a distinctive and important occasion for - and window into - meaning making in Britain today.

Up until now, research on British Christmas traditions has been dominated by historical, and one might even say ‘emic’, approaches to the study of the festival. As fascinating as these historical documentations of the complex syncretic emergence of the Western modern Christmas may be, the powerful emotional hold that the season continues to enjoy in people's lives seems to have been somewhat taken for granted by scholars. Perhaps, as Weightman (1975) wryly suggests, ‘all the academics go home at Christmas’, and are too preoccupied with family parties to contemplate any serious reflection on the matter. Whilst Daniel Miller’s 1993 edited volume ‘Unwrapping Christmas’ provides something of a light in the darkness, anthropological attempts to capture the essential verve of the festival have been somewhat sparse, if not apologetically light humoured or consciously religiously partisan. With the publication of Christopher Deacy’s ‘Christmas as Religion’ in 2016 however, it seems Christmas is back on the scholarly agenda.

Taking up this baton, my research seeks to immerse itself (quite literally!) in the British ‘Christmas spirit’, actively engaging in ethnographic fieldwork and interviews with a range of people and institutions in the North East of England who all in some way perform, experience and personalize ‘Christmas’. During my time in the field, I want to explore what people mean exactly when they talk of getting into the ‘Christmas spirit’; what kinds of material rituals and practices they engage with in order to feel it; how it actually feels to feel ‘Christmassy’; and most importantly, what kind of a role this might play in people’s lives.

In attempting to explore the dynamics of this popular - if rather nebulous - cultural idiom, I seek to put my ethnographic observations into conversation with broader anthropological and psychological theories, in the hope that this interdisciplinary approach might further our understanding of the interaction between personal and socio-cultural narratives of the self. In doing so, I hope to illuminate the manner in which the accompanying emotions of such meaning making processes might dynamically and generatively interconnect with cognitive memory systems as the self comes to view its journey through the socio-cultural milieu; and, correspondingly, through Time.