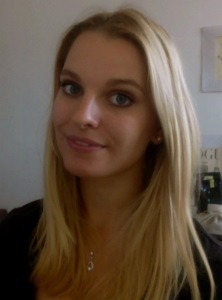 Miss Juline Beaujouan joined the School of Government and International Affairs (SGIA) in October 2016 after she was awarded the al-Sabah doctoral fellowship and named in honour of General Sir Peter de la Billière. She subsequently became part of an interdisciplinary research team acting as a key contributor to the British Arts and Humanities Research Council (AHRC)’s Open World Research Initiative (OWRI).

In her doctoral research, she investigates the effects of Islamic State’s use of language on key issues characterizing the dynamic modern Middle East such as diplomacy, migration, identity or social cohesion. Drawing on a three-dimensional approach to the analysis of narratives, she provides a study of the formation and recontextualization by Middle Eastern media, academia and population of IS’s socio-political Narrative.

Outside the UK, Miss Juline Beaujouan is a research fellow at the École des Hautes Études en Sciences Sociales (EHESS) in Paris, France, and at Universität Leipzig, Germany. As a member of this international research team, she explores the causes and processes leading French and Lebanese individuals to leave Islamic State. Ultimately, she is preparing the Bar examination to become a lawyer specialised in Refugee Law, Human Rights and Juvenile Law.

Prior to her doctoral degree, Miss Juline Beaujouan completed her MSc in Defence, Development and Diplomacy at Durham University. She chose to focus on the study of terrorism and resolution of armed conflicts, attending various Continuing Professional Development (CPD) courses such as Counter-terrorism, Conflict Mediation and International Negotiation as an Instrument in Conflict Management.

She also holds a Master in International Studies from Université Paris-Sud XI and a double BA in Law and Languages and Civilisations from the same university. Finally, she completed an intensive programme in Arabic and History of the Near and Middle East at the School of Oriental and African Studies (SOAS), University of London.