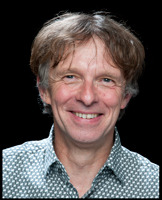 1. The archaeology of Britain in the Iron Age and Roman periods. With a particular focus on landscapes, heritage and the Roman frontiers (see current projects 2 and 3).

2. Post-Colonial and descendant archaeologies, with a particular focus on changing theory and practice in archaeology and heritage for the Iron Age and Roman periods (see current project 1).

3. The archaeology of the Western Roman Empire, with a particular focus on the landscapes formed by the Frontiers of the Roman Empire.

4. The historiography or studies of imperial Rome and the reception of Roman models in post-Roman contexts, including the uses of texts and visual culture (especially since the Renaissance). This is the focus of much of my published work since 2000 and is a topic that I intend to return to (see current project 4).

1) Ancient Identities: Iron Age and Roman Heritages. I direct this major project, which received three years funding from AHRC (June 2016 to November 2019). Ancient Identities includes a team of five colleagues at Durham (Anthropology and Archaeology) and Stirling. This is exploring the variable meanings of Iron Age and Roman heritages across Britain and the European context of ideas derived from these periods of the past. A joint monograph from this project, co-written by the project team, should be completed during 2021 and various outputs are already completed. *Ancient Identities was selected as one of the top 5 insights from the heritage sector by AHRC in April 2019.*

2) Londinium, a biography: Roman London from its origins to the fifth century (Bloomsbury, 2018). This substantial monograph of c. 160,000 words explores the archaeological evidence for Londinium from the Iron Age to the early medieval periods and sets this urban settlement in the province of Britannia in its context. This book provides a substantial new assessment that focuses in particular on the transformation of meanings of the landscape through time and the peopling and boundaryscapes of the city. *This book was awarded best book in Classics at the Association of American Publishers PROSE awards in Feburary 2019. I am writing a number of additional papers that explore the Roman archaeology of London.*

3) Conquest of the Ocean, the Roman invasion of Britain (55BC to AD 130). I have recently (April 2021) completed a full draft of a book of 90,000 words on the conquest of Britain from Caesar to Hadrian. This seeks to work between several academic oppositions: between studies of the Iron Age and the Roman periods; between works by classists and archaeologists and between traditional historical narrative approaches and post-colonial perspectives. It addresses the intermittent process of conquest of the landscapes of Britain and the resistance of local peoples to Roman incursions. This book should be published in 2021-2.

4) Ancient Origins: Celts, Romans and Saxons in Britain, c. 1850 to 1914. I am aiming over the next four years to return to the focus of my earlier research, as outlined in my book Roman Officers and English Gentlemen: the imperial origins of Roman archaeology (2000). The publication of this volume, which addressed the Victorian and Edwardian origins of archaeology in Britain has drawn me into the field of classical reception studies, leading Mary Beard to write a response entitled 'Officers and Gentlemen' in 2013. I am aiming to undertake a major project to explore the early origins of archaeological study and the contributions that those studying ancient origins made to ideas about the ethnology of the peoples of Britain. The includes an assessment of Victorian texts and visual culture.