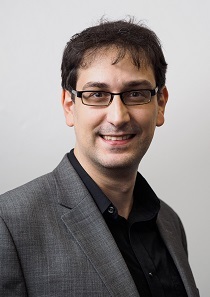 I am an Assistant Professor of Latin Literature in the Department of Classics and Ancient History. I come to Durham from the University of Toronto, where I completed my PhD in Classics in June 2015 and lectured the following year; thereafter I joined Durham as a Junior Research Fellow (2016-17). My research examines Cicero's philosophical works in light of his interactions with his philosophically-inclined Roman contemporaries, such as Atticus, Brutus, Cassius, or Varro. I believe that doing so allows us to better understand the genesis and originality of the philosophica--in contrast to older approaches which see Cicero's treatises as mere copies or translations of musty books of lost Hellenistic philosophers. Other interests include Epicureanism and the Herculaneum papyri (I am working on a new edition of the fragments of Metrodorus of Lampsacus with Michael McOsker), as well as the social history of ancient philosophy. I have other interests in Renaissance and Indian philosophy which I hope to pursue in the future.

I welcome students with interests in Cicero; Hellenistic Philosophy; Roman Intellectual History and Culture; and Renaissance Receptions of Ancient Philosophy.

I am happy to encourage interest in the Classics in this region by giving a visiting lecture. Topics include Cicero, Lucretius, and Ancient Philosophy. Sample talks include "Epicurus: atheist or pious believer?"