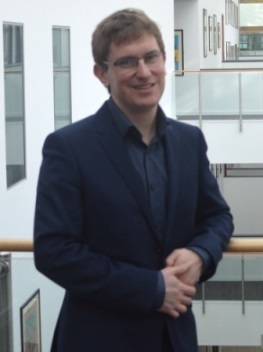 Matthew teaches and researches across the full range of Public International Law. Highlights of work to date include:

- Being awarded the International and Comparative Law Quarterly's 'Young Scholar Prize' (see http://www.biicl.org/newsitem/youngscholar2015) for his 2015 article 'The Political Unconscious of the English Foreign Act of State and Non-Justiciability Doctrine(s)' – recognised as a leading piece on the extent to which national courts will adjudicate on disputes with a foreign state element (referenced in leading textbooks including Professor Malcolm Shaw QC’s International Law (eighth edition, CUP), and Eileen Denza’s chapter on the relationship between international law and national law in Malcolm D. Evans, International Law (fifth edition, OUP)).

Across his research Matthew uses theoretical, inter-disciplinary inquiry to shed new light on aspects of legal practice or legal doctrine. Matthew has particular interests in:

- the relationship between international law and domestic law. In his award-winning 2015 ICLQ article Matthew used literary theory (specifically, Fredric Jameson's concept of the 'political unconscious') to explain the structure and history of much-debated legal doctrines with roots stretching back to the 17th century, the 'foreign act of state' or 'non-justiciability' doctrines.

- the theory and practice of International Human Rights Law. In his 2016 article, ‘Majority Rule and Human Rights: Identity and Non-Identity in SAS v France’ (see 'publications' below), Matthew used the work of literary / legal theorist Joseph Slaughter, philosopher Theodor Adorno, legal theorists Franz Neumann and Otto Kirchheimer, and political scientist Peter Mair to critique a European Court of Human Rights judgment upholding the legality of a ban on the wearing of the burqa and niqab in France, and wider trends in the ECtHR's decision-making.

He is a member of the Academic Review Board of the Cambridge International Law Journal (formerly the Cambridge Journal of International and Comparative Law) and the Editorial Board of Brill Research Perspectives in International Legal Theory and Practice. He served as an External Examiner at SOAS (University of London) from 2017 to 2019. In January 2018 Matthew gave a Lauterpacht Centre Friday Lecture (Cambridge University - see https://www.law.cam.ac.uk/press/events/2018/01/lcil-friday-lecture-psychoanalyzing-international-law).

Matthew has served in a range of administrative / management roles at Durham and Southampton. From September 2019 to early June 2020 he was Chair of Durham Law School's LLB Board of Examiners. From January to September 2018 Matthew served as the Law School's 'ECR Co-Ordinator' (supporting and representing 'Early Career Researcher' colleagues in Law School management, and serving on the Law School's Management Committee in that capacity), and from July 2017 to October 2018 he served as the Law School's representative on the Council of the Society of Legal Scholars. Matthew is (in 2019/20, and 2020/21) the Co-Convenor of 'Law and Global Justice at Durham' (international law research cluster), a role he filled in 2016-17 and 2017-18. At Southampton Matthew organised an annual assessed moot for all first year students and served as MPhil / PhD Admissions Director.

Matthew is committed to supporting research students. In September 2018, working with Dr. Kate Grady (SOAS), Matthew co-convened an international postgraduate colloquium on critical approaches to international law. This is intended to be a regular event, altenating between London and Durham, at which postgraduate scholars from around the world share their research with, and receive advice and feedback from, more established scholars. The next colloquium was due to be held in Durham in April 2020 but was postponed and then cancelled due to COVID-19 (a further colloquium will be organised when circumstances permit).

Matthew has recently supervised an undergraduate (LLB) student supported by the Laidlaw Scholarship in Research and Leadership - this funds two summers of research on a topic chosen by the student.