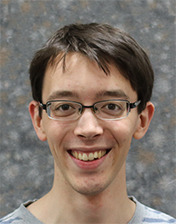 (i) Simulations of polycrystalline superconductors in high magnetic fields

To investigate the mechanism that determines critical current density, we are using simulations on model polycrystalline superconductors based on time-dependent Ginzburg--Landau theory. By doing so we hope to visualise how magnetic flux flows through these systems and identify the pinning mechanism for some of the most commonly used materials.

The observed square flux-line-lattice (FLL) of highly magnetic superconductors is currently unexplained. We are investigating analytically whether this can be explained within the context of Ginzburg--Landau theory, or whether it needs extension to explain the shape of the FLL.