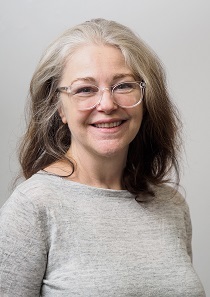 Dr Monica Hellström received her PhD in Classical Studies at Columbia Unversity in 2014, an interdisciplinary program which combines Classics, Ancient History, History of Art, and Archaeology. After this, she was awarded the Fondazione Famiglila Rausing postdoctoral fellowship for 2014-2015, which was spent at the Swedish Institute in Rome. She has taught Latin and Greek at Columbia University, and has participated in archaeological excavations at Villa Magna (Lazio, Italy) and Amheida (Dahkleh oasis, Egypt). Monica has a background in graphic design and illustration, with a degree from Beckmans College of Design in Stockholm, and visuals play a large part in her work.

Her research interests include the literature and art of the High and Later Roman Empire, Greek and Latin documentary sources, urban topography and sociology, and state formation and communication. At present, she is working on articles on aspects of Roman urban topography, the communications and monumental output of the imperial government, and methodological approaches to inscriptions from Roman North Africa.