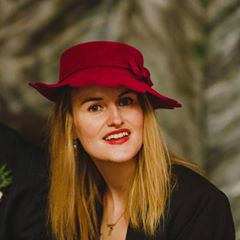 I come from Liège, in the French speaking part of Belgium. As an undergraduate, I studied Romance languages and literature at the University of Liège. I spent one semester as an Erasmus student in Padua (Università degli Studi di Padova). I studied for a M.A. in French literature at the University of Liège, with a special focus on the nineteenth-century. Following this, I completed a teacher training degree at the same university and taught French in a Belgian secondary school for a year.

In 2011, I undertook a Ph.D. in French studies at Bangor University whilst working as a graduate teaching assistant. My research focused on the representation of a masculine malaise, sexual and gender ambiguities in narratives of the July Monarchy (1830-48) and scientific texts of that time.

In 2015, I started to work at the Centre for Foreign Language Study at Durham University as an Assistant Teaching Fellow in French. I have been teaching a variety of levels and students since then.

I have been a Fellow of the Higher Education Academy since 2015 and a certified DELF-DALF examiner since 2017.

In 2019, I have launched the project Ballet workshops in French, which has been funded by the first DCAD collaborative grant.

With French colleagues from the CFLS and MLAC, I have created the pedagogical toolbox Pratiques créatives de l'enseignement du français à l'université on the online platform IFProfs.