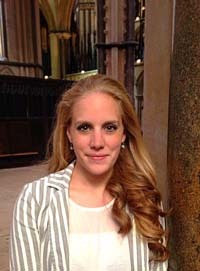 Abortion and contraception, while considered taboo and un-Christian in medieval ecumenical writings, appear often in gynaecological medical handbooks during the eleventh, twelfth, and thirteenth centuries. As medicine was primarily practised in a domestic setting, the regulation of such measures would have been difficult to anticipate and enforce, particularly in a mostly oral-based learning environment. Although the stance of the church on birth control were heavily recorded, the presence of folkloric knowledge regarding the female body as well as the need to control the body's reproductive purpose are difficult to ignore, particularly in light of many sources which seek to 'move the menses' or evacuate the womb. Though the field of scholastic, university acquired medical knowledge was largely dominated by men, women were the main participants in midwifery and the folk medical tradition. This leaves a large disparity between medicine which was theoretically taught and medicine which was routinely practised. As such, this thesis attempts to ask three main questions: how much control women were actually able to exert over their reproductive bodies; what influence did the learned and oral traditions of gynaecological medicine have on the average woman; and, were women sharing medical information on reproductive knowledge.

Research for this project will rely mainly on surviving scholastic sources of medical knowledge and herbal remedies to determine the depth with which such information was shared in medieval medicine. The project will also examine the way that the female body was discussed, interpreted and displayed thus relying on contemporaneous accounts of sexuality, reproduction, literary motifs and imagery. Using issues like abortion and contraception within the framework of Christian Europe will determine the relevance of reproductive medical remedies, regardless of Church ethics towards such practices. Other views of reproductive health, such as literary notions of female sexuality and representations of healing, will provide a greater understanding of the social acceptance of femininity.

Following the completion of my doctoral thesis (2017), my research will continue to focus on medieval gynaecology. Future projects will examine the social, legal, and medical perception of menopause on the aging body. This work will explore aging women in Western Europe during the High Middle Ages (circa 1050-1300), focusing particularly on the reproductive body. As women were inextricably linked to their gynaecological purposes, the complete cessation of these abilities questioned their role and functionality in the pro-fertility atmosphere of medieval Europe. Medieval medical treatises focused overwhelmingly on providing methods for treating sterility, avoiding gestational complications, and successfully producing healthy children. Women who were unable to fulfil these requirements were usually viewed as something inherently anti-feminine and communally negligible: those women who were past their sexual prime were viewed similarly. My post-doctoral research will examine menopause and the aging process for medieval women, investigating the perception and practice of gynaecological medicine on the pre-modern geriatric body.