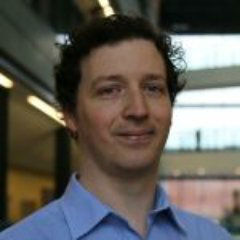 Craig gained his MA (by research) in political theory at SGIA, graduating in 2010. His thesis argued for structural similarities between the concept of 'bare life' in the work of Giorgio Agamben and the concept of 'alienated labour' in the traditional Marxist canon.

Craig chose to return to SGIA to complete a part-time PhD project, commencing in October 2013.

Craig's current research Biopolitics and Exclusion in the British Empire: Colonial India's "Criminal Tribes" seeks to demonstrate the value of Giorgio Agamben's biopolitics in providing a novel and coherent account of this highly distinctive institutional system of exclusion and reconstructive intervention in the communal lives of nomadic and semi-nomadic tribes across British India in the late nineteenth and early twentieth centuries.

This Wandering Law: The role of British approaches to vagrancy in the creation of colonial India's 'Criminal Tribes'
Out of Place: Vagrancy and Settlement
Centre for Metropolitan History, Senate House, London
Thursday, 7 December 2017.

Primitive Accumulation, Today: Developments in Biotechnology and the Privatisation of Life.
Manchester Workshops in Political Theory
The University of Manchester.
Thursday, 8 September 2016.

Life and Power: An Introduction to the Field of Biopolitics.
Guest Lecture (public).
MMU
Wednesday, 28 October 2015.

A Mask of Liberty: Agamben and Arendt on the Pyrrhic Victory of Modern Freedoms.
Centre for the History of Political Thought
Durham University
Monday, 18 May 2015.