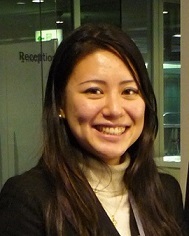 Minako Asakura joined Durham University as a PhD candidate in 2014, specialising in policing in Uganda and South Sudan. Prior to moving to the United Kingdom, she worked for two separate police reform projects of the United Nations Development Programme (UNDP) and United Nations Educational, Scientific and Cultural Organization (UNESCO) in Afghanistan where she was involved in capacity building of local police. She also has experience of working for a peacebuilding non-governmental organization based in Hiroshima, Japan.

As part of her doctoral research, in 2014 she conducted fieldwork on community-oriented policing initiatives in three locations in Uganda, including in the northern towns bordering with South Sudan. This fieldwork was supported by research grants from the School of Government and International Affairs (SGIA) and the Norman Richardson Postgraduate Research Fund (Ustinov College).