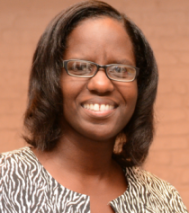 Ms. Lana Ashby joined Durham Law School on October 1, 2014 and presently holds the post of Assistant Professor (Education) in Private Law. Prior to this, she was a Lecturer in Law at The University of the West Indies, Cave Hill Campus, Barbados where she taught Corporate Insolvency Law, Corporate Finance Law and Contract Law. Before teaching at The University of the West Indies, she pursued a Bachelor of Laws at the same institution and a Master of Laws in Corporate and Commercial Law at The University of Cambridge, United Kingdom, with specialities in Corporate Insolvency, Corporate Finance Law, Corporate Governance and Intellectual Property Law. She is a recipient of the prestigious National Development Scholarship (Barbados) for studies in areas critical to national development. She presently holds a postgraduate qualification in University Teaching and Learning and has pursued with distinction a qualification in international insolvency law.

In 2014, her paper “To what extent can a receiver rely on third parties when discharging his power of sale?”, which considered recent, interesting developments, was warmly received at a judges’ colloquium hosted by The Caribbean Court of Justice, Trinidad and Tobago. This is the Court of final appeal for a number of Commonwealth Caribbean jurisdictions. Prior to this, she presented a comparative paper on critical post-financial crisis insolvency issues at a conference in Miami. This paper is now published.

She has also served as a Consultant to the Access to Justice Impact (Project) which is funded by the Canadian Department of Foreign Affairs, Trade and Development, where she produced regional comparative analysis on laws affecting women's access to justice in the Commonwealth Caribbean. This included matters such as sexual harassment, domestic violence, marital rape, recognition of cohabitational relationships, access to property and equal rights and opportunity. In the second phase of this project, she analysed the statutory frameworks of regional money laundering and anti-corruption legislation.

In 2015/2016, she undertook one of her greatest achievements to date, serving as Regional Expert on Company Law to the IMPACT Justice Project, funded by the Government of Canada. Her report ‘Bridging the Gap? A Status Report on Company Law in the CARICOM Region: 142 Recommendations with a view to Reform’ is critical to the development and reform of company law in 14 jurisdictions in the CARICOM region: Antigua and Barbuda, Barbados, Belize, British Virgin Islands, Cayman Islands, Dominica, Grenada, Guyana, Montserrat, Saint Christopher and Nevis, Saint Lucia, Saint Vincent and the Grenadines, Suriname, Trinidad and Tobago. This extensive report contained 142 recommendations, spanning across 414 pages in 28 Chapters. Using a comparative approach to build a construct for modern approaches, the report critically assessed the advent, development and modern traditions of company law in the United Kingdom, Canada, South Africa and New Zealand. The Report assessed the breadth of company law, from company formation and operation, protection of creditors and investors to winding up.

2018 - Recognised by University for Excellence in Teaching (Celebrating Excellence)

2017 - Recognised by University for Excellence in Teaching (Celebrating Excellence)

2016 - Recognised by University for Excellence in Teaching (Celebrating Excellence)

Comparative developments in company law, in particular in developing countries