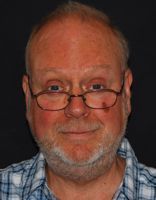 ORCID profile
Emeritus Professor in the Department of Anthropology

My most recent ethnographic interest has been public culture in Germany, particularly East Germany. This goes with a more general, theoretical, concern with how cultural, social and political changes come about -- or, to put that more exactly: what must generally be true for human social life to be so changeable as it is?

In an earlier round of this theoretical question I proposed that we think of human beings as having a particularly intense form of intersubjectivity, and a particularly rich and creative capacity for social forms. Recently, though, I have begun to concentrate on rhetoric as a key to such change. (See my home page here for some more thoughts on that.) For one feature of our particularly human sociality is our capacity to persuade, convince, teach or cajole one another, always in circumstances in which the outcome is not foreordained.

Rhetoric is also another way of thinking about a long-standing concern (of myself and so many others) with the role of narrative, and narrative thinking, in human life.

And then there is another, associated, question, and that is: what is the difference between societies in which rhetoric is almost always applied face to face, to known people, and societies made up of both known people and strangers? Especially since strangers are so often both the producers, and the object, of rhetorical action?

In one way or another all these questions inform my current research. One project, a Professorial Fellowship from the ESRC, examines these questions in respect to East Germany, a place so very fecund in historical mutability. On another project, concerning Angling in the Rural Environment (led by Dr Elizabeth Oughton of Newcastle University), I am a co-investigator, studying the rhetoric of different institutions and persons bearing on angling and the river environment.