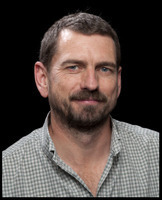 Senior Archaeologist in the Department of Archaeology

Duncan has been involved in archaeological fieldwork since 1979, specialising in archaeological geophysics since 1992. He has been in archaeological project management roles for sixteen years and has directed a number of large multi-component projects, predominantly in northern England. He has conducted some 650 geophysical survey projects across the UK and abroad, with some projects involving over 100 separate surveys. Duncan is a consultant for the forthcoming revised edition of the English Heritage geophysical survey guidelines. He has a BA in Prehistory and Archaeology from Sheffield University and is a member of the following professional and research bodies: Institute of Field Archaeologists (MIFA); Council for British Archaeology; International Society for Archaeological Prospection; and the Association for Environmental Archaeology.