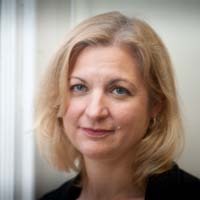 Jennifer Luff is a historian of politics and labour in the US and the UK, with special interests in the history of working-class conservatism, transnational working-class politics, civil liberties and state repression, and political organizing.

Her current research investigates Britain's secret programme to bar Communists from the interwar civil service. From 1927 through World War II, the British government operated a large-scale initiative to identify suspected Communists and prevent their employment or effect their dismissal from government dockyards, ordnance factories, and scientific establishments. More information about this project can be found in her article "Covert and Overt Operations: Interwar Political Policing in the United States and the United Kingdom" (2017).

Her 2012 book Commonsense Anticommunism explored American labour anticommunism, civil liberties, and working-class conservatism in the interwar period. She has also published on workplace theft and the history of American detectives. She has held research fellowships at New York University, University of California, Los Angeles, and the Newberry Library. She is a Fellow of the Royal Historical Society.