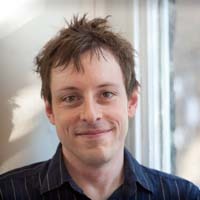 Associate Professor (Modern British History) in the Department of History

Matthew Johnson works primarily on modern British political history. He is interested in the impact of war on politics and society, and in militarism as a political and ideological phenomenon in Britain during the twentieth century. Recent published work has explored problems in civil-military relations, the politics of national defence, and the relationship between militarism and left-wing politics.

Matthew's current research project, funded in its early stages by an AHRC Research Fellowship and a Research Grant from the British Academy, challenges traditional assumptions about the ‘civilian’ nature of modern British political culture through a study of military involvement in parliamentary and popular politics during the twentieth century. This project focuses in particular on the activities of ex-servicemen as MPs and parliamentary candidates, and on the ways in which the experience of war influenced debates about citizenship, political representation, and parliamentary authority in modern Britain.