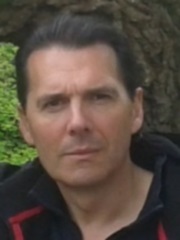 Professor of Regional Security in the School of Government and International Affairs
Telephone: +44 (0) 191 33 45675
Room number: IM117, Al-Qasimi Building
Member of the Institute for Middle Eastern and Islamic Studies

Clive completed his PhD at the University of Wales, Aberystwyth in 1994. His thesis, which examined the political and social impact of the mass migration of Jews from the former Soviet Union upon Israeli conceptions of security was published soon after as a research monograph. Having taught for a year in the Department of International Politics at Aberystwyth, he moved to the University of Leeds where he eventually came to hold a Chair in Middle East Studies and International Politics. After 17 years at Leeds, Clive moved to the School of Government and International Affairs in February 2013 where he now holds a Chair in Regional Security (Middle East). In 2011, Clive was elected to a Fellowship of the Royal Historical Society and between 2013-16 was the Chair of the European Association of Israel Studies (EAIS). In 2018, he was awarded a Visiting Research Chair at NTNU, Trondheim, Norway.

Clive’s research interests lie in three related areas: International Relations (particularly with regard to foreign and defence policy decision-making), Middle East studies (with a clear emphasis upon Israel and Gulf Security) and security studies (with emphasis upon low intensity conflict and the political and operational use of intelligence as it relates to the Middle East). His book Britain and the Yemen Civil War 1962-1965 (2004/2010) as well as recent articles in peer reviewed journals such as The Middle East Journal, Middle Eastern Studies, International Affairs, Journal of Strategic Studies, Intelligence and National Security and Studies in Conflict and Terrorism have explored many of these themes. In 2010, his work on British covert involvement in the Yemen civil War during the 1960s was the subject of a BBC documentary http://www.bbc.co.uk/iplayer/console/b00r5fk6. In 2019, he was interviewed for the ZDF (Germany) documentary, Geheime Israel: Der Mossad (Secret Israel: The Mossad).