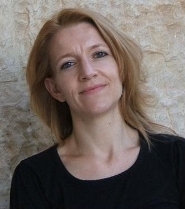 Assistant Professor in the School of Modern Languages and Cultures
Telephone: +44 (0) 191 33 43438
Room number: A45, Elvet Riverside I
Member in the Institute for Middle Eastern and Islamic Studies

I am a linguist specialising in comparative and theoretical phonology and phonetics, and Middle Eastern languages, mainly Arabic dialects. After graduating from the University of Manchester with a BA in Middle Eastern Studies (Arabic and Turkish), I returned to live in Damascus before then moving to London to complete an MA in Linguistics at UCL. I subsequently spent several years parenting, working as an academic editor and then teaching English language, then moving on to PhD research and teaching in the Department of Linguistics at SOAS in London. I also spent a sabbatical year as a Pronunciation Linguist at the BBC; I continue to work with the Pronunciation Research Unit on an ad hoc basis to provide pronunciation guidance on Arabic (and related languages). In 2008 I took up a Post-Doctoral Fellowship with the CBRL British Institute in Amman, based in Jordan and then Syria as the first CBRL Research Director (Syria). I later held a 1-year Lectureship in Linguistics at the University of Salford before joining the University of Durham in 2012. I currently serve on the CBRL's Committee of Management.

My research interests centre mostly on Semitic phonology and phonetics, with a particular focus on Iraqi and Syrian dialects of Arabic, and on phonological theory; my major interests are in pharyngealisation (/emphatics) and phonation and in phonological representations, working in the framework of Government Phonology and Element Theory. My PhD thesis was on the ‘emphatic’ consonants of the Semitic languages, and especially across the dialects of Arabic. I have interests in Arabic linguistics more broadly and on the question of what 'Arabic' is. I have also worked on phonological systems of North-East Caucasian (Nakh-Daghestanian) languages. I collaborate with Janet C.E. Watson on the phonetics and phonology of Mehri, a Modern South Arabian language of Oman and Yemen. I have additional research interests in areal phonological features, particularly related to Kurdish and Neo-Aramaic.

I am currently collaborating on several projects. I am co-investigator on a Leverhulme-funded project documenting the Modern South Arabian languages, led by Prof Janet Watson: http://www.leeds.ac.uk/arts/homepage/462/modern_south_arabian_languages

I am involved in a collaborative research project with Prof G. Rex Smith on Literary Mixed Arabic, in particular a linguistic analysis of some Arabic texts of mixed register of the 12th, 13th and 14th–15th centuries: http://www.leeds.ac.uk/arts/profile/20043/1498/rex_smith

In 2016 I spent 3 months as a Senior Visiting Fellow at the British Institute, Amman, funded by a CBRL award, to set up a collaborative project on rural dialects, working with Dr Carol Palmer http://www.cbrl.org.uk/british-institute-amman/staff.aspx

I would be happy to receive PhD applications in any of these areas.