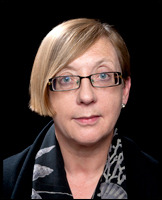 She also convenes the Museum Communication module on the MA Museum & Artefact Studies which results in public engagement through collections, thi syear with on-line exhibitions drawing on the collections of the Museum of Archeology and the Oriental Museum.