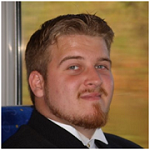 David graduated with a 2:1 (Hons) degree in law from the University of Hertfordshire in June 2005. He was awarded the Judge's Prize for attaining the highest mark in year for his dissertation which was a critical analysis of the government's identification card proposals focusing on the compatibility of the proposals with the European Convention on Human Rights. He was awarded a Diplock Scholarship by the Honorable Society of the Middle Temple later that year, going on to complete the Bar Vocational Course at the Inns of Court School of Law in 2006. David was called to the Bar in October 2006. He went on to gain his LL.M in Criminal Litigation at City University, London in 2007, before undertaking pupillage at East Anglian Chambers in Essex later that year, where he remained until February 2009, having accepted tenancy at St Albans Chambers in Hertfordshire.

David is a currently practicing criminal barrister. In addition to a well established defence practice, he is regularly instructed by the Crown Prosecution Service, the Department of Work and Pensions, Revenue and Customs, the Child Support Agency, District Councils, Local Authorities and the RSPCA to undertake a range of prosecutions across the south-east of England.

David is a current PhD candidate, who commenced his research with Durham Law School in October 2011.

Under the supervision of Aoife O'Donoghue and Michael Bohlander, David's current research examines the perceived expanded use of intentional lethal force in counter-terrorism policy against non-state actors. Particular emphasis will be placed on non-state actors operating as part of transnational groups, both domestically and extra-territorially.

David's research will consider whether the continuing resort to intentional lethal force as part of counter-terrorism policy is being undertaken by different states under the same legal justifications. It will analyse whether this has led to greater legitimacy for the practice and the implicit genesis of a new paradigm regulating its use.  It is anticipated that David's research will examine the legal frameworks relied upon by states to justify the use of targeted lethal force against such individuals; the restrictions and safeguards that have emerged through the continued use of targeted lethal force (whether as a result of external pressure or self-imposition); and the degree to which states that use targeted lethal force are operating within the parameters under which the legality of such operations are being claimed.