From its inception to the present, photography has been haunted by what Allan Sekula termed the ‘universal language’ myth, whereby the photographic image is deemed to possess broad cross-cultural currency and to be comprehensible within conventions shared by a vast trans-national audience. The reliance of the world’s press on international agencies such as Reuters or Associated Press means that the same photographs of global events appear in newspapers in London and Washington, Madrid and Mexico City, Paris and Senegal. This process of centralisation and globalisation has been accelerated by the advent of digital photography and the internet, which now allow photographers to submit pictures to agencies within minutes of their being taken. Photojournalists now roam the world, filing images of the events which shape it, images which are then circulated back around the globe. At the same time, the history of photography has frequently been understood in national terms, and scholars continue to situate the work of individual photographers in the context of specific national cultures.

‘Locating Photography’ set out to investigate the relationship between national paradigms and the apparently universal nature of the medium, posing a range of questions as it did so: what is at stake in insisting on or resisting the national paradigm? Why has it been so persistent, and can it continue to provide an adequate framework for understanding the history of the photographic medium in a global, digital age? The conference brought together a group of international scholars of photography, and featured keynote papers by Elizabeth Edwards, Russell Roberts, Liz Wells, Steve Edwards, Robert Hariman and John Louis Lucaites. 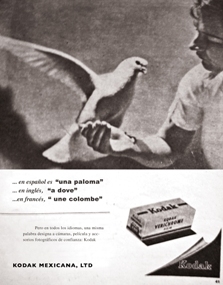