Durham Commission on Creativity in Education

The project is led by commissioners who have been drawn from across the cultural and education sectors, business, academia and the policy world, to assist in the development of lines of enquiry and outputs. 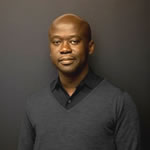 Sir David Adjaye OBE is the principal and founder of Adjaye Associates. Born in Tanzania to Ghanaian parents, his broadly ranging influences, ingenious use of materials and sculptural ability have established him as an architect with an artist’s sensibility and vision. His largest project to date, the $540 million Smithsonian Institute National Museum of African American History and Culture, opened on the National Mall in Washington DC in fall of 2016 and was named Cultural Event of the Year by the New York Times. In 2017, he was knighted by Queen Elizabeth II and was recognized as one of the 100 most influential people of the year by TIME magazine. 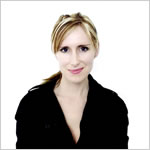 Lauren Child MBE is an award-winning writer and artist and has sold over 15 million copies of her books worldwide. She is the creator of many much-loved characters, including Clarice Bean, Ruby Redfort and Charlie and Lola. The BBC launched a four-time BAFTA-award winning animated series featuring Charlie & Lola. In 2008, Lauren launched UNESCO’s ‘My Life is a Story’ Campaign for UNESCO’s Programme for the Education of Children in Need. She is a UNESCO Artist for Peace, was awarded an MBE for Services to Literature in 2010, and was announced as the 10th Waterstones’ Children’s Laureate in 2017. 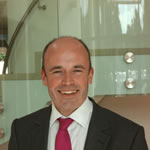 Jon Coles is Chief Executive of United Learning, a group of 60 independent schools and academies established 130 years ago. Prior to this, he spent four years on the Board of the Department for Education as Director General for Schools and then for Education Standards, responsible for policy areas including the National Curriculum Review, the Academies Act 2010 and National Challenge. He was also formerly the Director of 14-19 Reform, and the Director of London Challenge, where he developed and implemented the successful and much-copied strategy to improve secondary education in London. A qualified secondary teacher, Jon wrote various Green and White Papers, took the 2002 Education Act through Parliament and was responsible for implementing the 1997 infant class size pledge. 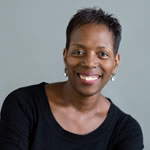 Althea Efunshile CBE is a Non-Executive Director of five organisations spanning education, culture and health. She has had a 35-year career in the fields of education, the arts, and children & young people. She was Deputy Chief Executive of Arts Council England and Executive Director for Education & Culture in the London Borough of Lewisham. 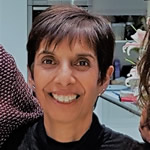 Dame Reena Keeble is a retired primary Head teacher with 22 years’ experience. She has a proven track record in leading an outstanding school and in school to school to support, coaching future leaders, curriculum design and pedagogy. Until her retirement Reena was an NLE and her school was designated as a National Support School. Reena has successfully supported schools in weakness and acted as Executive Head teacher. Reena was awarded a doctorate in Educational Leadership and Management in 2007 and DBE in 2011 for her service to education. Reena led a review of the Artsmark resulting in a new Artsmark Award for schools on behalf of Arts Council England. Reena also led a review of Effective Primary Teaching Practice on behalf of the Teaching Schools Council. 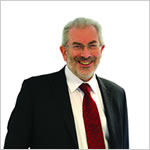 Lord Kerslake was the former Permanent Secretary for the Department for Communities and Local Government (DCLG). He is chair of Peabody, Be First, the Board of Governors of Sheffield Hallam University and the Sheffield Theatres Trust. He is a Fellow of the Academy of Social Sciences and President of the Local Government Association. 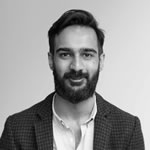 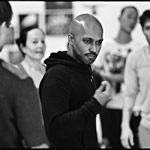 Akram Khan MBE is one of the most celebrated and respected dance artists today. In just over 17 years he has created a body of work that has contributed significantly to the arts in the UK and abroad through imaginative, highly accessible and relevant productions such as Until the Lions, Kaash, iTMOi, (in the mind of igor), DESH, Vertical Road, Gnosis and zero degrees. Khan has received numerous awards including the Laurence Olivier Award and the prestigious ISPA (International Society for the Performing Arts) Distinguished Artist Award, and an MBE for services to dance in 2005. 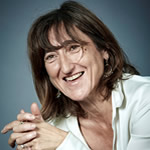 Baroness Beeban Kidron OBE is an award-winning filmmaker and co-founded the educational charity Into Film, which uses film to educate children aged 5-19 years and has over 7,000 clubs across the UK. She is a Crossbench member of the House of Lords, where she sits on the Communications Committee; President of Voluntary Arts; Commissioner of UN Broadband Commission for Sustainable Development; Chair of SKiLLED, the Broadband Commission's Working Group to develop a Global Framework for Digital Skills and Competencies; Member of the Royal Foundation’s Taskforce for the Prevention of Cyberbullying; and Founder of 5Rights – a campaign that delivers the established rights of children in the digital environment. 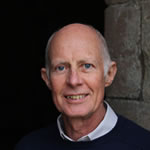 Professor Kneebone is Professor of Surgical Education and Engagement Science, Imperial College and a London Wellcome Trust Engagement Fellow. He is a clinician and educationalist whose multidisciplinary research builds on his experience in surgery and general practice and his interest and expertise beyond medicine. Professor Kneebone is passionate about engagement in bridging the worlds of clinical practice, biomedical science, patients and society. He leads the Imperial College Centre for Engagement and Simulation Science and the Royal College of Music-Imperial Centre for Performance Science. 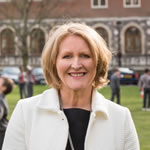 Anne Longfield OBE was appointed the Children’s Commissioner for England in March 2015. Her role is to bring about long-term change and improvements for all children – and in particular the most vulnerable children in care. Anne is a long-standing and passionate champion for children, with over thirty years’ experience of developing, influencing and shaping the national policy agenda for children and families.

Professor Linda Merrick is Principal of Manchester’s Royal Northern College of Music and Chair of Conservatoires UK. A professional clarinettist, Linda performs and teaches across the globe and has presented masterclasses, lecture-recitals and research papers in universities, colleges and conservatoires worldwide. She joined the RNCM in 2001 as Director of Performance Studies and Senior Tutor in Clarinet, becoming Vice-Principal in 2006, Acting Principal in 2012, and Principal in 2013. She is a member of numerous professional bodies within the Arts and Higher Education sectors and is a Fellow of the Higher Education Academy and Royal Society of Arts. 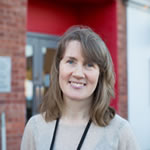 Jacqui joined the Royal Shakespeare Company in 2003 and has been Director of Education since 2008. She is responsible for the strategic development of the RSC’s Education work with primary, secondary, special schools, universities and partner theatres. She is on the Steering Group for the Midlands HE Culture Forum and a school governor. 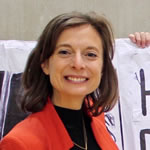 Kathryn Pugh is the Headteacher at The St Marylebone CE School, an outstanding and over-subscribed, non-selective state girls’ school in Westminster, with a mixed sixth-form and an affiliated special school, St Marylebone Bridge. The School has specialisms in Performing and Visual Arts, Maths and Computing, and thrives on creativity and a love of learning. Kathryn is a Cambridge English graduate; before becoming a teacher she worked in business, theatre and the developing world. 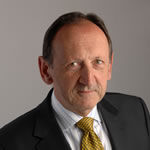 Paul Roberts OBE held Director of Education posts in Nottingham and London before becoming Managing Director at the Improvement and Development Agency for Local Government. He was the author of the DfE/DCMS-commissioned report "Nurturing Creativity in Young People", and joint author of “The Virtuous Circle – why creativity and cultural education count”. He is currently a member of the National Council for Arts Council England, Chair of the Innovation Unit, Vice-Chair at Nottingham Contemporary and Deputy-Chair at Mountview Academy of Theatre Arts. He was a commissioner for the Warwick Commission on the Future of Cultural Value. 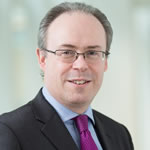 Phil Stokes is an audit and assurance partner at PwC, with twenty seven years of experience working with a wide range of companies and organisations. Phil has a deep Creative Industries specialism and led PwC’s Entertainment & Media and wider Creative Industries practices in the UK for twelve years (2006-2017). He has also led PwC’s European Telecoms, Media and Technology sectors (2012-2015) and the firm’s global Digital Transformation group (2012-2014), launching the ground-breaking world in beta programme. Outside PwC, Phil is a school governor, a trustee of Groundwork London, a non-fiction author and archivist, and a member of the audit committee of the British Film Institute. 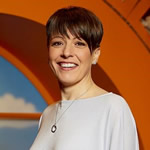 Alice Webb is Director, BBC Children’s and BBC North. She is responsible for the BBC’s services for Under 16’s – including CBeebies, CBBC, TV, iPlayer, online, radio, apps and other related services. In 2016, she launched the BBC's Big Digital Plan for Children, followed by the launch of a dedicated children's iPlayer app in 2016 and the largest new investment in content for children for a generation in 2017 – £34m over three years.