We're currently moving across to a new website. Follow this link for all the latest Business and Community news

First for England as science course taught in prison 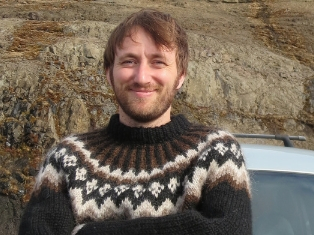 A Durham academic has been teaching science to prison inmates, in what is believed to be a first for England.

Dr Phil Heron taught ‘Think Like A Scientist’ to a group of residents of HMP Low Newton, a women’s prison near Durham City.

While education in prisons has a long history, science, other than distance learning, has been absent – in part because much science teaching traditionally relies on experimentation using technical equipment which is not available in prisons. However, Phil developed the ‘Think Like A Scientist’ programme to require only a presentation, and writing and reading materials.

Over seven weekly sessions between January and March 2019, Phil taught a class of between three and ten residents of HMP Low Newton about: climate change, the science of sleep, the solar system, the Universe, and plate tectonics. During the course, the students developed scientific skills in understanding, analysis, and communication, sharing their ideas around the different topics.

The students conducted their own experiment: recording their own sleep patterns, to analyse the effect of sleep and sleeplessness on their mood and behaviour.

Each student was also challenged to prepare an end-of-course presentation to make the case for a particular scientist to be the face of a new £50 note.

The course was delivered at zero cost to HMP Low Newton.

What the students said…

At the end of the course, students were asked for their reflections. They wrote very positively about how they had grown in confidence and understanding of the world around them.

What the prison said…

Sarah Blackman, Learning and Skills Manager, HMP Low Newton, said: “We are very happy to have been able to work with Durham University and Phil. The residents really enjoyed the opportunity, and it was excellent to see residents have the chance to explore scenarios and topics which they have not previously had the confidence or chance to explore.

“We are keen to continue our work with Durham University in the future as the feedback from the residents was truly inspiring. Phil did a great job and the residents often speak of their time in the programme and what they have taken from it.”

Phil is originally from Gateshead, Tyneside, and is passionate about inspiring people in science. He joined Durham University in 2017.

He said: “Teaching ‘Think Like A Scientist’ in HMP Low Newton is one of the most interesting and rewarding things I’ve ever done. I’ve been teaching for over a decade and these students were among the most committed I’ve ever had. The students were fantastic. They threw themselves into learning and their end-of-course presentations were very impressive.”

Phil is now talking with HMP Low Newton about repeating the course with a new group of students and rolling out the course to other institutions.