Your chance to study with Durham University – for free 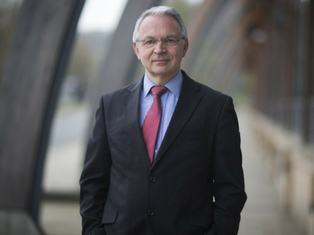 Professor Stuart Corbridge, our Vice-Chancellor, explores an exciting opportunity through which local residents can learn about one of our most exciting research projects, free of charge.

Durham University is known around the globe for academic research which extends our understanding of the world we live in and tackles the big issues facing society today.

In the past few weeks our astrophysicists have been ranked joint sixth in the world for the quality and influence of their research in space science. And a record number of our subjects, 18, were ranked in the top 100 in the world in a major international league table.

But we’re equally proud to be a North East university – Durham’s university – and determined that the knowledge and expertise we have here benefits our local communities. We call this ‘Durham for All’.

This month I want to tell you about an exciting new way we’re opening up one of our most captivating projects so that anyone can study with us – for free – and learn from our research. April will see the launch of a Massive Open Online Course (known as a MOOC) by our Department of Archaeology.

You may already know the history of the Scottish soldiers and the discovery of their remains on Palace Green in 2013. For those who are not familiar with the story, let me recap.

It had long been known that thousands of Scottish soldiers, captured during the Battle of Dunbar in 1650, were marched south to Durham and held prisoner in the Cathedral, which was disused at the time. As many as 1,700 of the soldiers died during imprisonment in Durham and yet their burial place had remained a mystery.

In November 2013, during construction work at the Courtyard Café at Palace Green Library, human remains were found, raising the possibility that the mystery around the burial place of these soldiers could finally be solved.

The remains were excavated and analysed by researchers in our Department of Archaeology and in September 2015 we were able to confirm that the remains were those of Scottish soldiers.

Over the last four years we’ve carried out detailed research on the remains and delved into historical archives to find out more about the lives of the soldiers.

The project has not only taken us across the UK, but across the Atlantic, to the New England coast of America, where some of the surviving soldiers were shipped as indentured servants and where many of their descendants still live.

In 2018 we were finally able to give the soldiers the dignified burial they had been denied. We laid the excavated remains to rest in Elvet Hill Road Cemetery.

Study with us for free

Now we’re very pleased to be able to share this project in a new way, through a free online course available to all. The six-week course has been developed by the archaeologists who have been so passionately dedicated to the soldiers’ history for the past four year. They have been working with FutureLearn, the leading social learning platform, who are hosting the online course. The course is launching on April 29 and anyone can take part. If you can’t start on April 29 you can begin the course at any time after that – it will stay open until 21 July.

Through the course you can explore the discovery of the soldiers’ remains and the research that allowed us to identify them as those of the Scottish soldiers. You can also learn more about the history surrounding the soldiers and the ethical considerations that come with archaeological work on human remains.

I hope that you will consider signing up for the course and learning more about this intriguing episode in our hometown’s history.

To find out more, and to enrol on the course, please visit: www.futurelearn.com/courses/battle-of-dunbar-1650