Standing together against hate crime 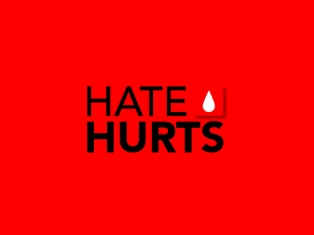 We’ve pledged our support for a new campaign to tackle hate crime in County Durham and Darlington.

We’ve signed up to the Hate Hurts campaign, which is being led by the local Police, Crime and Victims’ Commissioner and brings together representatives of business, sport, education and faith communities.

What’s the campaign about?

Hate Hurts will inform people about hate incidents, encourage victims and witnesses to report it and celebrate initiatives that promote tolerance and cohesion.

Over coming weeks, you’ll start seeing ‘Hate Hurts’ posters and leaflets around the area. There will also be a social media campaign and a website, hatehurts.co.uk.

Also supporting the campaign are local MPs, the Bishop of Durham, the North East England Chamber of Commerce, sports clubs, churches and schools.

What is hate crime?

Hate crime describes a range of criminal behaviours committed against a person because of their actual or perceived disability, race, religion, sexual orientation or transgender identity.

It can include verbal abuse, intimidation, threats, harassment, assault and bullying, both online and offline, and damage to property.

How big is the problem?

The number of hate crimes reported to the police has grown by around a quarter over the past four years with 517 crimes recorded across County Durham and Darlington in 2017/18.

Whilst the proportion of reported hate crime is relatively low compared with other types of crime, police believe the real level may be much higher due to victims’ reluctance to report it.

How is the University supporting the campaign?

As a North East university with links across the globe, we welcome staff and students from a wide range of backgrounds and nationalities.

We aim to create an open and inclusive environment, where all members of our community feel safe and can achieve their full potential.

We’re part of the Joint Hate Crime Action Group for County Durham and Darlington and pleased to be supporting the Hate Hurts campaign.

We’re currently working on a two-year project tackling religious and race-based hate crime. We’re finding out more about the experiences of our staff and students and students are helping us produce mechanisms to increase reporting, respond to reports and offer support.

For more information on this project, please click here.