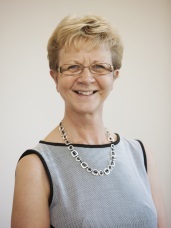 Susan was Chief Executive at County Durham and Darlington Fire and Rescue Service. Her appointment in 2005 meant Susan was the first woman and non-uniformed chief executive to lead a Fire and Rescue Service in the United Kingdom, overseeing a budget of over £30 million and almost 700 employees; responsible for the delivery of emergency response, legislative fire safety and community safety to over half a million residents throughout the County Durham and Darlington area.

Since her retirement Susan has been appointed as a Non-Executive Director for the Health and Safety Executive, The Planning Inspectorate and the Sports Ground Safety Authority. Susan also serves as Commissioner with the Equality and Human Rights Commission.

Susan attended Sunderland University and holds a first class honours degree in Business Studies and an MBA from Durham University. Susan has spent 14 years in national and international marketing positions for a number of household-name companies.

In 1996, Susan was appointed Chief Executive of the Northern Business Forum focussing on economic development and promoting business excellence before moving to Yorkshire Forward, the Regional Development Agency in 2000. At Yorkshire Forward, Susan held the position of Executive Director, Business Development and was responsible for inward investment, business support, international trade, supply chain development, regional e-Business links and innovation and competitiveness and was awarded an OBE for services to New Deal in the North East in 2000. In 2006 Susan was awarded an Honorary Fellowship of the University of Sunderland in recognition of her services to business in the North East.