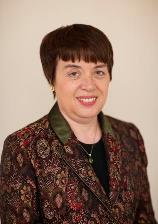 Joanna joined Council as a lay member on 1 August 2015 and is Chair of Finance Committee, a member of the Campaign Board and a member of IMEMS International Advisory Board. She is an alumna of Durham University graduating with first class honours in French in 1981. She has maintained her links with Durham and is well known to the University as an existing benefactor.

She received the honorary degree of Doctor of Letters from Durham University in 2012.

Joanna has 25 years’ experience of serving on boards of international portfolio companies and extensive experience as a charity trustee. She is founder of Target Ovarian Cancer.

Joanna was awarded an MBE in the Birthday Honours 2014 for services to people with cancer.