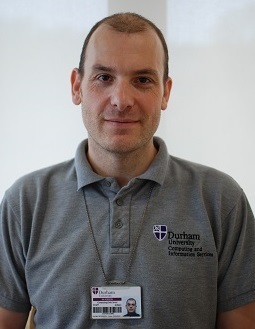 I'm based in Elvet Riverside, ER221

I work 10-6 so am often available when everyone else has left for the day.

I have expertise in Windows desktop support, MFD's and printing as well as significant experience with Microsoft Office, especially Word and Outlook, I am familiar with Audio Visual installations and also Mobile Phone support.

I previously worked in Elvet Riverside for Modern Languages as an AV technician and have also worked in Incident Management process development and for a year as (ITIL) Change Manager. I was also previously Field Team Lead for the Central Durham Elvet & Bailey and Library/Palatine/Law (LMJ4) Field teams.

I'm part of the CIS SWAT team which looks at establishing causes of Incidents (Problem management) as well as managing outstanding and aged Incidents and Requests.