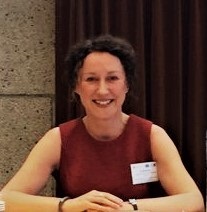 Professor of Work and Employment Relations, Department of Management & Marketing